Skip to content
Planning a Trip to Charleston? Kiawah Island is a Must Visit!

Kiawah Island is a barrier island located off the coast of the United States, 25 miles southwest of Charleston, SC. The island boasts a maritime forest and marine habitat with 10 miles of beach to explore. 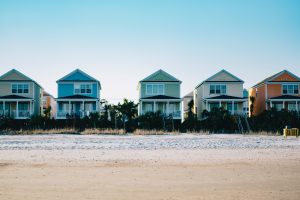 Kiawah Island gets it’s name because in the 1600s, it was inhabited by the Kiawah Indians. In 1670, their cassisque, or chief, led the English colonists to Charlestowne Landing. In 1699, Captain George Raynor got possession of the island, but in 1701, he sold half of it to Captain William Davis. He put the other half of the island in his will for his granddaughter. The property was passed through the generations until John Stanyarne got it and decided to purchase the other half back from the family of Captain Davis.

Before the Civil War, the island was mainly used for cattle farming. John Stanyarne built a high-value estate on the island, which fell into a category that only 19% of South Carolina properties fell. His will stated that the island was split between two of his granddaughters: Elizabeth Vanderhorst would get the northeastern portion, and Mary Gibbs got the southwestern portion. After three generations, the property would become fee simple ownership.

There are very few records regarding the island during the Revolutionary War, other than the fact that it was a safe place for American soldiers and their families. The Vanderhorst property was burned during the war but was rebuilt and finished around the 19th century. The Vanderhorst family only claimed half the island, while the Gibbs family claimed the other half. At some point, the Gibbs sold their portion of the property to William Seabrook and Isaac Wilson. At this point, only slaves were inhabiting the island.

There are not many island records during the Civil War either- but the war did affect the island. Northern troops took it over, and there was some damage, but it’s not clear how much. At the end of the war, the Vanderhorst family was in financial trouble and struggled to maintain ownership of their portion- but they did pull it off. By 1870, things began looking up for inhabitants of the island.

Today, the island is primarily a golf resort and private beach, but there are still many things to do- whether you are looking for family attractions or something for the adults to enjoy.

Things to Do with a Family

If you have kids and are planning to vacation in Kiawah Island, there are a couple of attractions that you must take in.

This is the center for outdoor activities on Kiawah Island. There’s a nature center and park that you can explore and learn more about the island’s natural beauty. At Night Heron Park, you can go kayaking or paddleboarding. There are dolphin tours, sunset cruises, and fishing charters. Additionally, you can go on beach walks and shelling expeditions or biking along the trails.

There’s also a day camp for kids ages 3 to 11. They can participate in arts & crafts, nature-related activities, sports, and games. You’ll want to be sure to reserve your child’s spot in advance, as they fill up quickly. 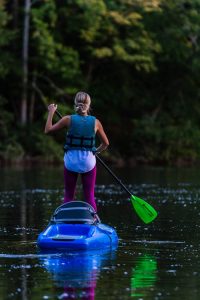 St. Johns Kayaks provides a variety of excursions for people of all ages. You can experience a fishing tour, shrimping charger, eco-kayaking tour, and so much more! They are located just off of Kiawah Island, on Johns Island. The tours give you a chance to learn more about the island- but if you prefer to go out on your own, they do offer paddleboard and kayak rentals for a 4-hour self-guided tour of the water and marshes.

While Kiawah Island boasts fun family activities, there are also many things for adults to do for some fun.

Palmetto Scent Studio is a small, family-owned business at Kiawah, Seabrook, and Johns Islands.  They offer their clients the opportunity to create custom scented products such as candles, room sprays, and wax melts to freshen a room. In addition, they offer hand sanitizers, soaps, sugar scrubs, and more. Not only can you create your scented products, but you also even get the chance to personalize them further by creating your label! 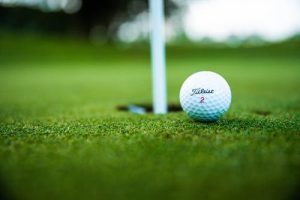 Since Kiawah Island is a golfing resort, there are several golf courses on the island that you can play through Osprey Point, Turtle Point, and The Ocean Course, to name a few of them.

Of course, after spending the day exploring the island, you’ll want to have a bite to eat, and there are several great places on the island to enjoy! 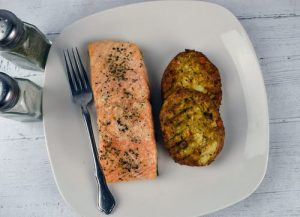 At Forty-Eight Wine Bar & Kitchen, you have the option to try 48 different wines at their tasting station with your very own tasting card. You can get a 1 oz, 3 oz, or 6 oz pour- and when you find one you like, you can buy a bottle to take home. They also offer regional and craft beers, as well as signature cocktails.

You’ll want a little something to eat with your adult beverages, so take a look at their menu of 48 different food items. You’ll find appetizers, salads, small plates, and decadent desserts.

Jasmine Porch was named “Best Downhome Cookery” by Andrew Harper’s Hideaway Report. The menu changes based on what fishermen are catching and the available produce from the region. The menu boasts vegetarian and vegan-friendly options. No matter what your taste preference, you’re sure to find something you will enjoy. 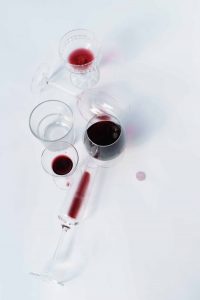 Kiawah Island is a small barrier island off the coast of South Carolina. However, what it lacks in geographical size, it makes up for in life. There are so many things to do for locals and tourists alike. You’re sure to find something that you will enjoy- that will get you out of the resort and exploring!

About the Author: Robert Fisher